A school with an average enrollment of 400 students turned their video display into a revenue generating opportunity. 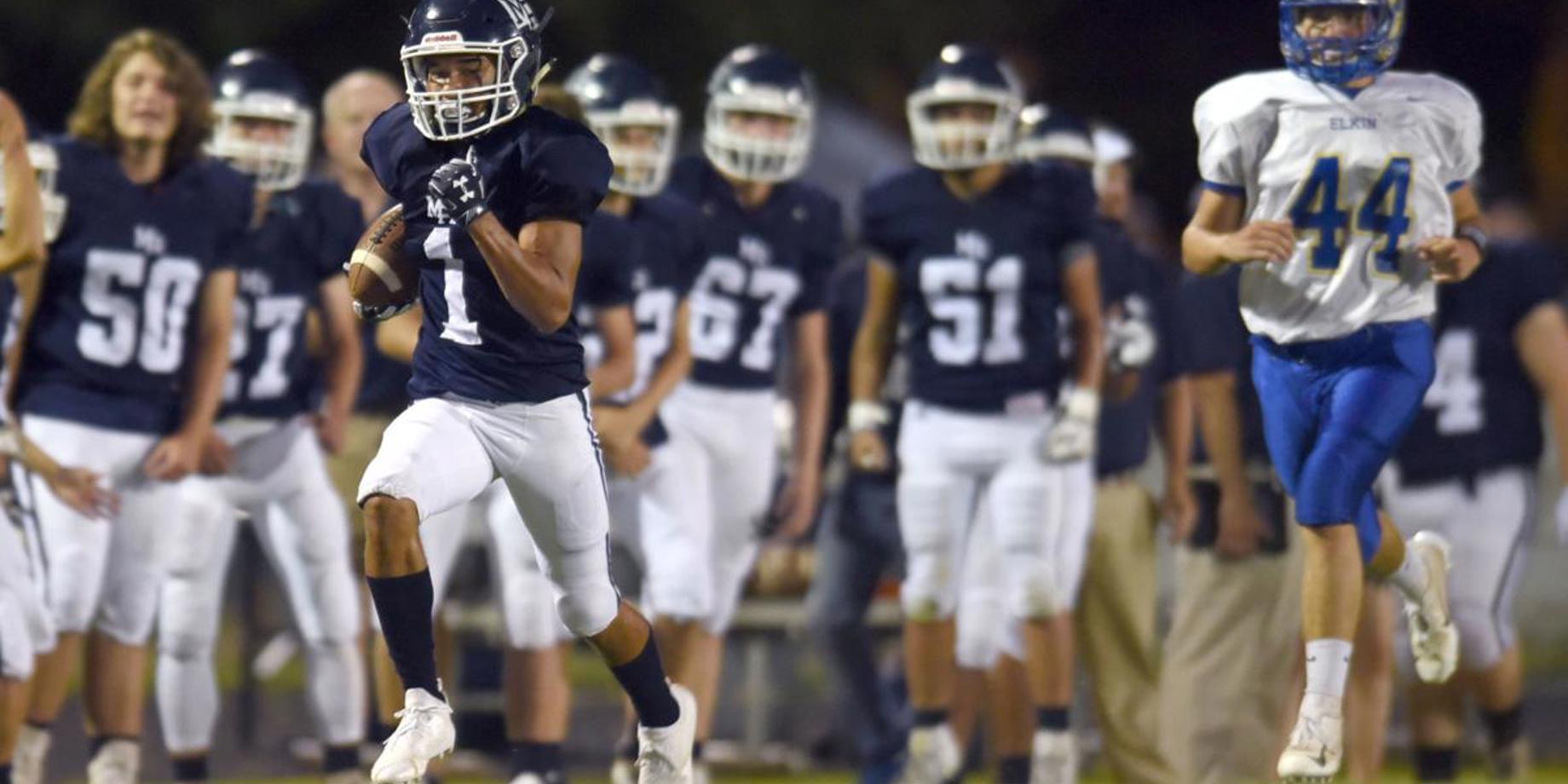 Mount Airy High School in North Carolina is a Class 1A school. The school is fortunate to have the Mount Airy Youth Foundation (MAYF) to raise money for its needs and wants – especially since the video display they installed actually added to the annual athletic budget.

It all started when the Foundation decided to replace the school’s 30-year-old electronic incandescent football scoreboard.

“We planned on just installing a $50,000 message board, which we thought was astronomical,” says MAYF president Ken Peavy. “One of our directors on the board, Scott Lowry, went to a few other schools to check out their message boards, and he wasn’t impressed. They lacked the ‘wow’ factor for the money, and we didn’t want that. Scott was convinced we needed a video board, which was so much better but also expensive.”

Adding up the profits

MAYF, the city, school, school board and county commissioners negotiated and eventually all came together to purchase the Daktronics video display. Daktronics Sports Marketing Specialist Courtney Geiger helped MAYF put together some advertising packages. Then they anxiously started approaching sponsors.

“We sold all the sponsorships in six weeks,” Peavy says. “We had 120 regular sponsors before we got the new video display. We emailed them all and called them so they could have first right of refusal. It ended up being almost a lottery to get them in, it was so popular.”

Here’s how it all worked out:

Income brought in by video display sponsorships in the first year of use.

Putting funds to good use

This is the third football season with the Daktronics video display, and the Foundation is putting their sponsorship proceeds to good use.

“The previous athletic budget was $25,000,” Peavy says. “Now it’s $35,000 because of the scoreboard. We are also using money to improve the school. This year we used $25,000 toward a new weight room. We got a throwback machine for the basketball team, and we got a volleyball serving machine.”

Have you been considering a video display for your facility?
Contact us to explore the possibilities. In the meantime, see how other schools are using their displays to increase revenue. Subscribe to the blog.