Madison High School in South Dakota took their new facility to the next level with a video board that paid for itself…and a brand-new coach bus. 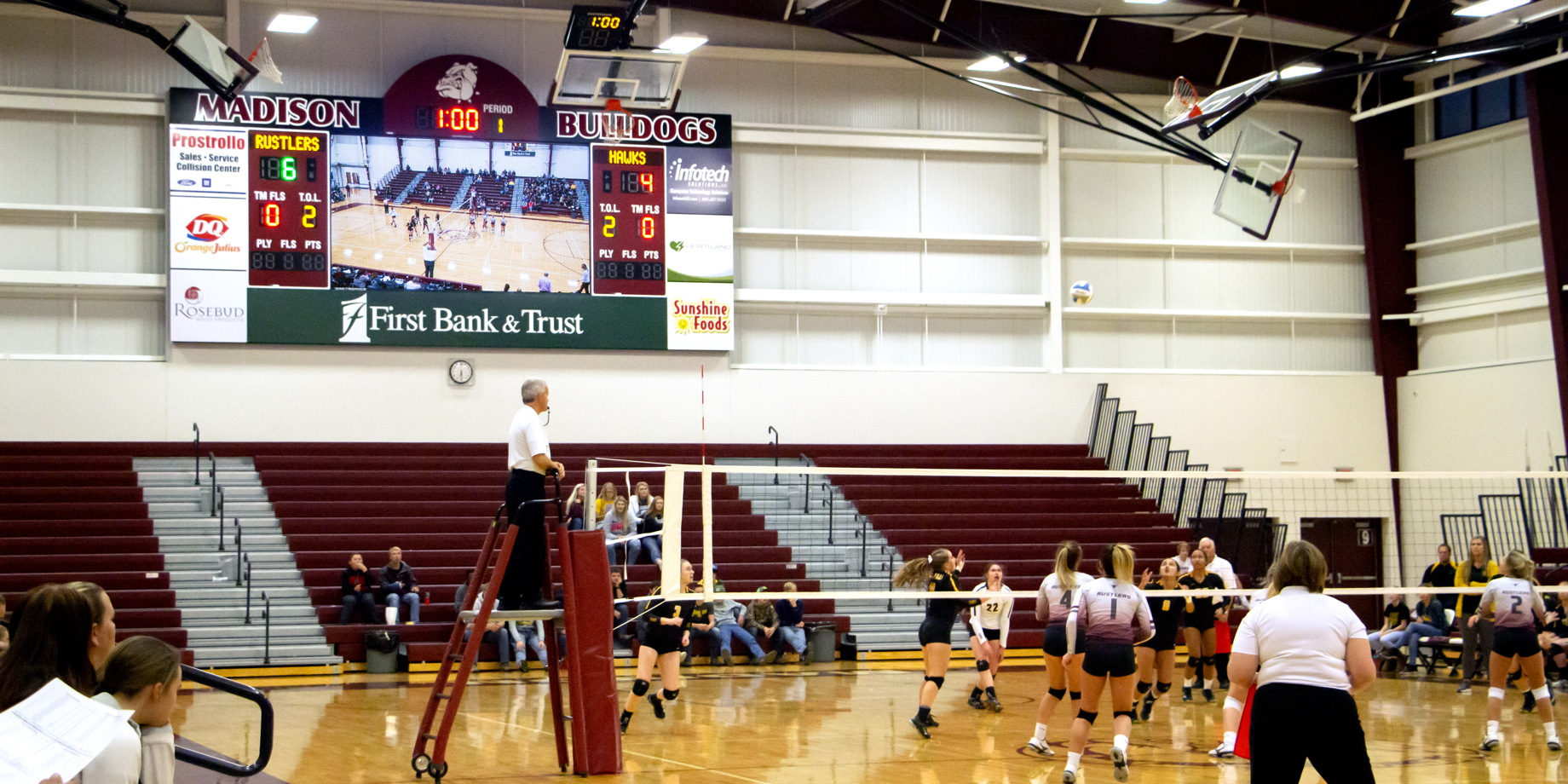 After Madison High School built a brand-new sports facility, the budget only allowed for the installation of three static digit scoreboards. MHS’s athletic director, Bud Postma, wanted better for his school and took matters into his own hands. He told the school board to keep that money and use it somewhere else – he would raise the money for a video board, and then use the video board to raise more revenue.

Postma began chatting with his local Daktronics sales rep, who connected him with the Daktronics Sports Marketing (DSM) department. A DSM team member got him started with materials he needed to raise money for the video board.

Guided by DSM, Postma sold sponsorship and advertising opportunities to local businesses and raised enough money to pay for the board in full in just three years. After that, all revenue went directly into MHS’s school funds.

“We gotta do something with this money,” Postma said. So, MHS purchased a brand-new, 52-passenger coach bus with TVs, USB ports, and under storage. Next, the school plans to buy a mini coach bus.

Aside from just a bus, the Bulldogs also got upgrades around the campus, including a a fitness room, Hall of Champions, and updated lockers rooms.

More than just the athletic department benefits from the video board. The school also uses it at graduation, assemblies, state-championship welcome homes, and many other events in the gym. Operation of the board has also become an educational opportunity, and the students run the whole show at all sporting events.

Postma explains the process as “one of the best things (he) ever did as an athletic director” and a “highlight of (his) career.”

He raved about DSM and his video board to other athletic directors, sending them to Daktronics. In fact, he was so convincing that Daktronics offered him a job as a sales consultant. You can contact him at Bud.Postma@daktronics.com.

To hear more about Postma’s and Madison High School’s story, listen to this podcast. If you are not already a partner, reach out to our DSM team today. We want to help you through every step of your journey and watch your school grow into a digital powerhouse.

Previous Article: Prepare for a brighter future by maintaining your digital out-of-home displays
Next Article: 4 Tips for Elevating Your Sales This Summer
View Blog List