Vertical Billboard Grabs Attention on I-29

Taking a chance on an unusual billboard format pays off for a locally owned South Dakota company.

Categories: Out of Home Advertising 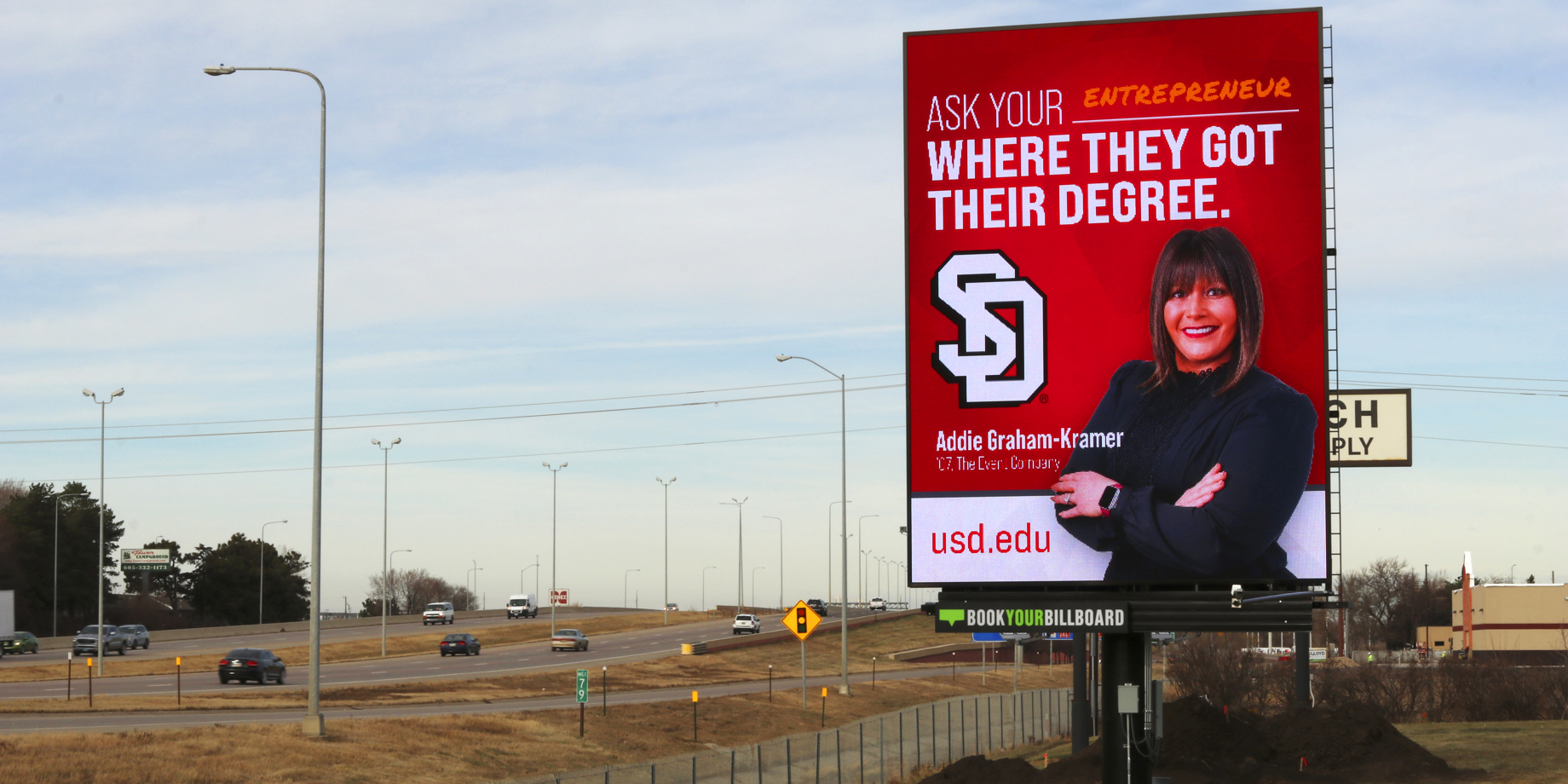 We wanted to partner with Daktronics to do something that hasn’t been done in Sioux Falls – a vertical billboard. We always try to think differently and find success. We took a risk and went for it.Doug Muth, Book Your Billboard founder and co-owner

In late November, Book Your Billboard, a locally owned outdoor billboard company in Sioux Falls, South Dakota, installed a vertical billboard on Interstate 29. More than 60,000 vehicles pass by it every day. The custom size is 28 feet tall by 22 feet wide.

“We look at it from a user engagement standpoint,” adds co-owner Zach Neugebauer. “There’s more square footage of the screen closer to the road. Vertical brings it closer and drives engagement of the consumer up. Plus, it’s unique. It allows advertisers to showcase their products. They can do a full body image of the product or a person to make a strong personal connection.”

While Book Your Billboard still has some static billboards, Muth says the advantage of digital is clear. “For our customers, digital makes it easy to change out ads. Static billboards are only placeholders until we get digital.”

According to Neugebauer, advertising through social media and other less traditional outlets gives digital another advantage. “We have lifelong static billboard customers who are asking about going digital. They have social media and their billboard content needs to match it. Coordinating media makes reach stronger, and the return on investment is better.”

Passionate about partnering with Daktronics

With all this in mind, Book Your Billboard is adding more digital to their lineup in 2022.

“We are passionate about Daktronics and our partnership. We have worked with Daktronics from the beginning. We love South Dakota and want to support South Dakota businesses,” Muth says. “Plus if a mod is out, we know they’re an hour away. A Chinese billboard can have mods sitting on a boat somewhere.”