Venues, large and small, call for custom sound system arrangements to make sure fans experience optimal audio clarity. There are two common system designs which provide different advantages depending on your environment: point source and distributed. 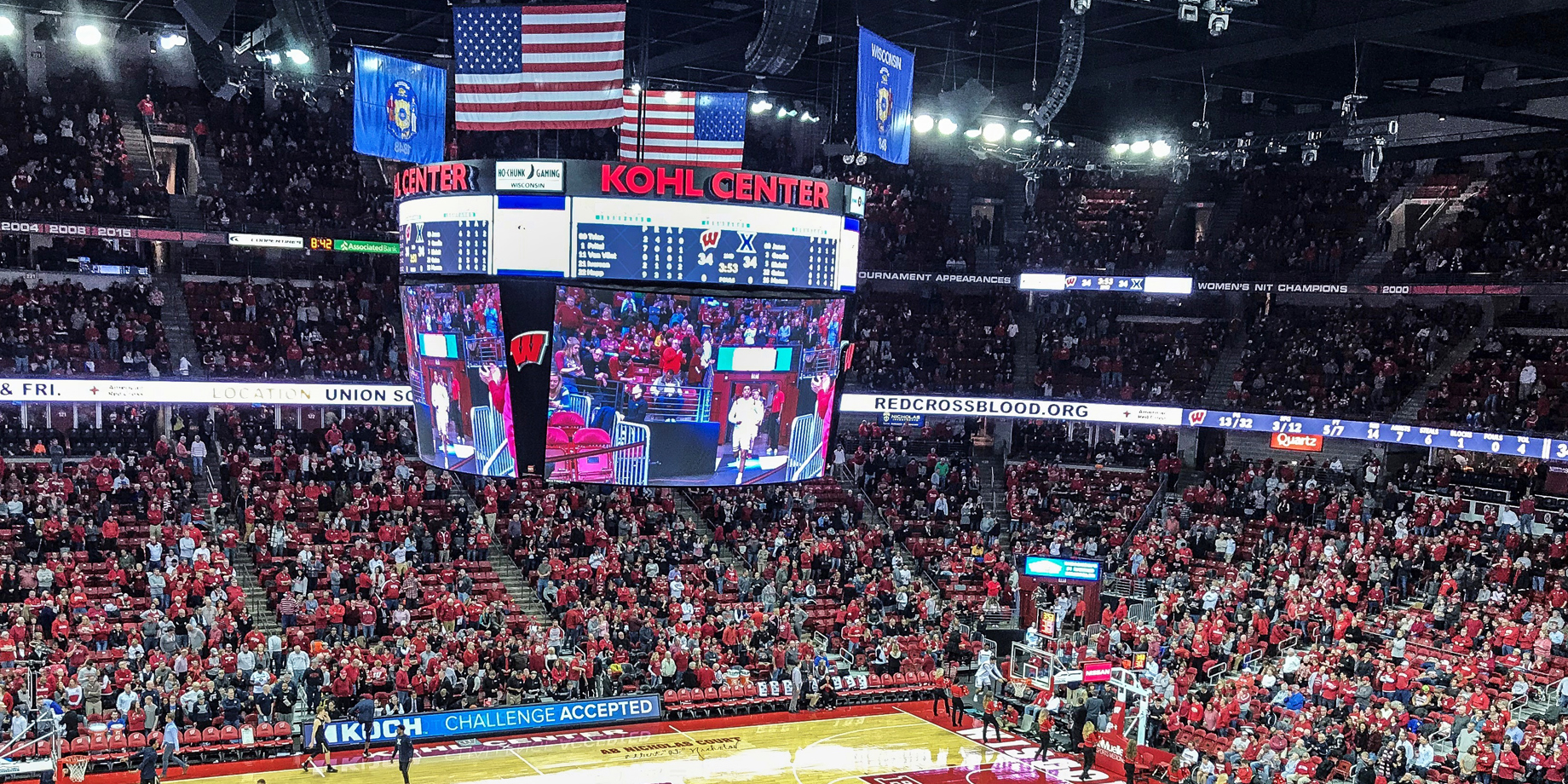 When considering technology in your sports venue, the video display may be the visual
centerpiece, but sound is an important part of bringing your venue to life.
Intelligible sound makes an immersive audiovisual experience possible and sound is a powerful tool for getting and focusing people’s attention. From exciting the crowd to informing fans, clear, crisp audio quality is a crucial part of the fan experience.

Venues, large and small, call for custom sound system arrangements to make sure fans experience optimal audio clarity. There are two common system designs which provide different advantages depending on your environment: point source and distributed.

Point source systems consist of integrated speakers in a single-source location. These systems are typically installed in large concert venues or sports facilities at an end zone or on top of a press box. The advantages of a point source system are derived from the central point design. If sound is coming from an end zone, the announcements or music can direct attention to program material being played on a giant video display. It also makes designing the system simpler because speakers can be installed in one place.

The challenge with point source systems is providing the same audio coverage (level and frequency response) to fans sitting 600-800 feet away, as to those sitting directly under the sound system. Let’s relate it specifically to decibel measurements. In order for a sound system to have a sound pressure level (SPL) of 100dB at the other end of the stadium 700ft away, the output of the system would need to be above 145dB 1meter (3.3 feet away).  This then provides a challenge as an optimal system also needs to provide that same 100dB to the fans seated directly under the sound system, some 50-100 feet away.

Environmental variables such as wind and temperature gradients can sometimes impact point source systems as well. Sound travels through space using air as a medium. If the medium moves, the sound traveling on it is shifted as well. This can cause volume inconsistencies and delays in sound traveling to its target audience.

Another quite common issue with end zone systems, as well as many outdoor concerts and festivals is the presence of temperature gradients (as pointed out in the previous article). When you have large crowds in the stands or on the ground, the heat generated will cause a temperature difference in the medium, which can cause the sound to reflect away from the stadium. This is one reason why it’s common to hear sound from sporting events or concerts from a long distance away.

You can curb the impact of delays by accommodating them in the system design.

One way to achieve this is to design systems with pattern control. Pattern control is the ability to target most of the sound on axis (straight and center out from the front of the speakers), while contributing substantially less sound levels off-axis (off-center from the speakers). Design-wise, this often translates to including a large vertical opening in the structure.

Large arrays (like those typically seen at concerts) and large horns (like a megaphone) are the two primary ways to achieve consistent coverage. It’s important to customize your point source system sound patterns to the environment in order to maximize the audio impact on the audience.

Here are some locations where point source has been installed: 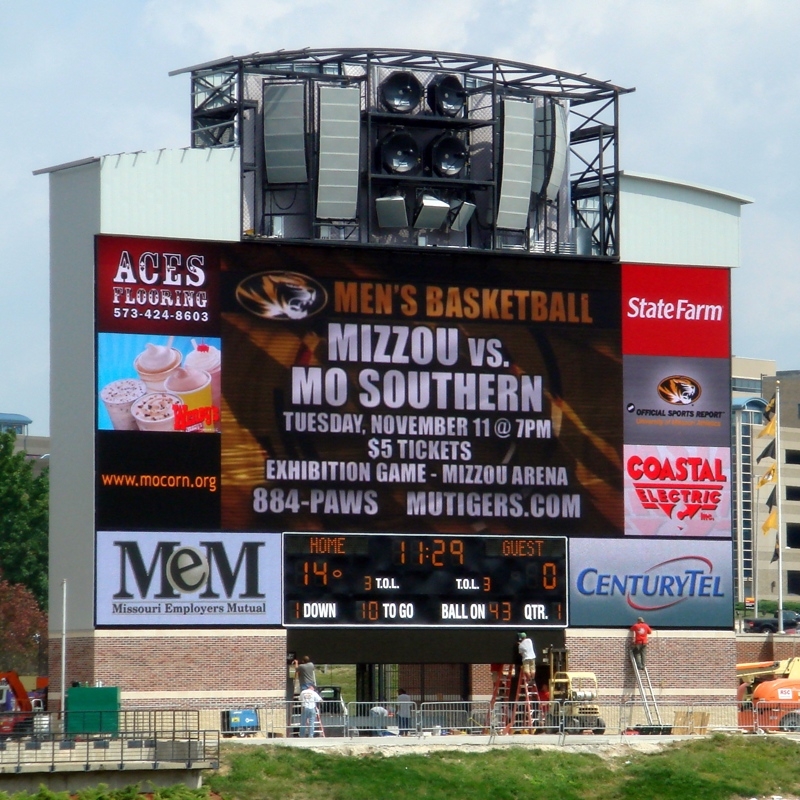 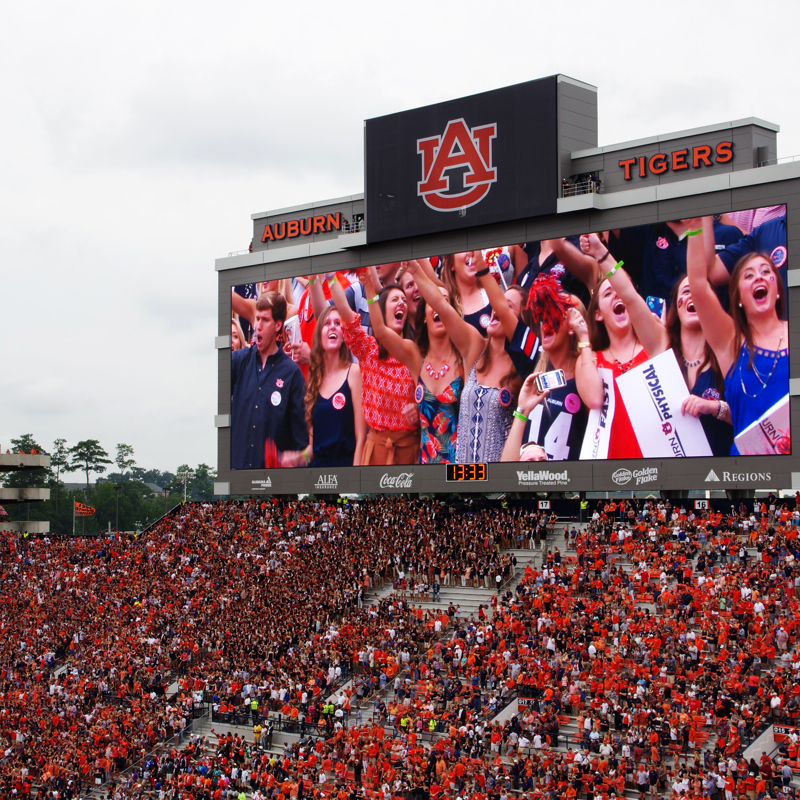 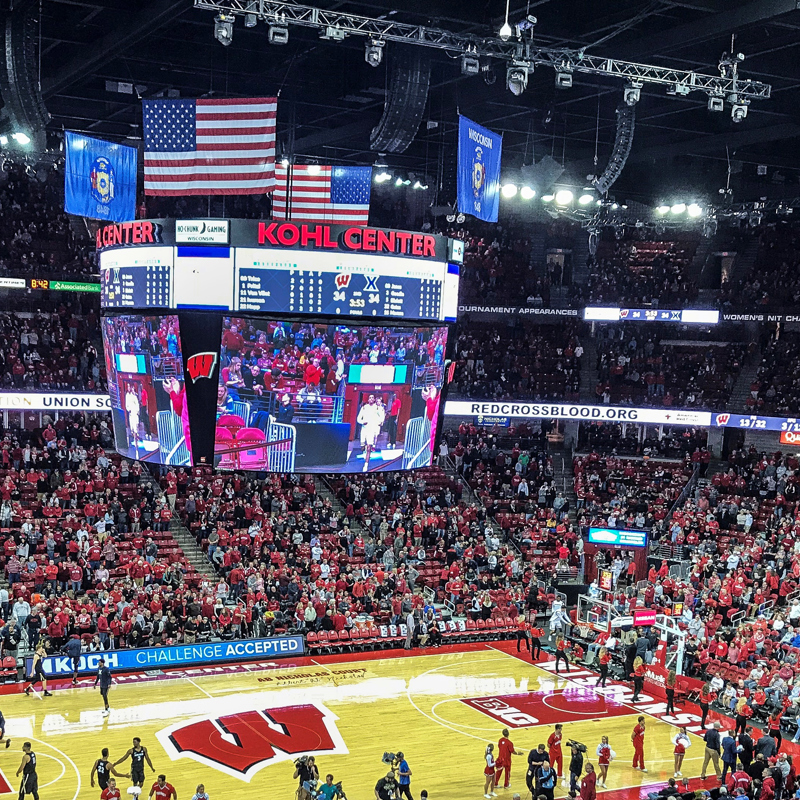 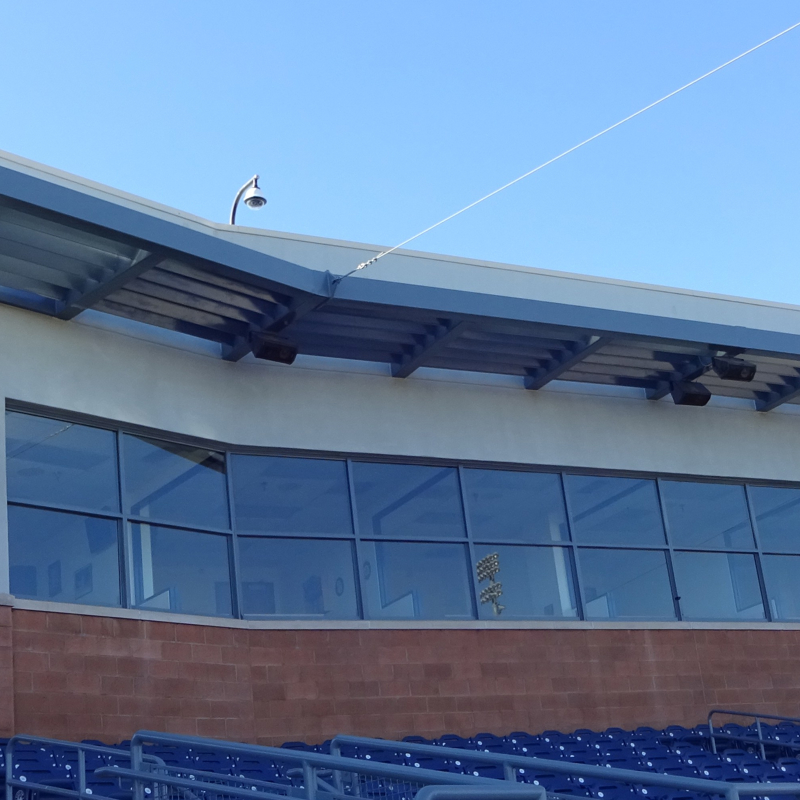 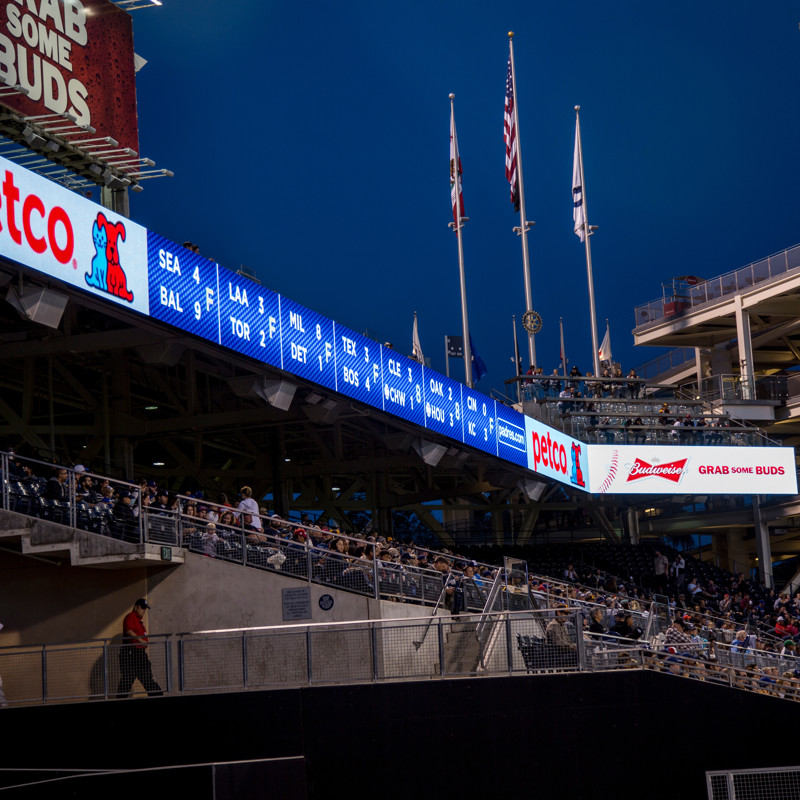 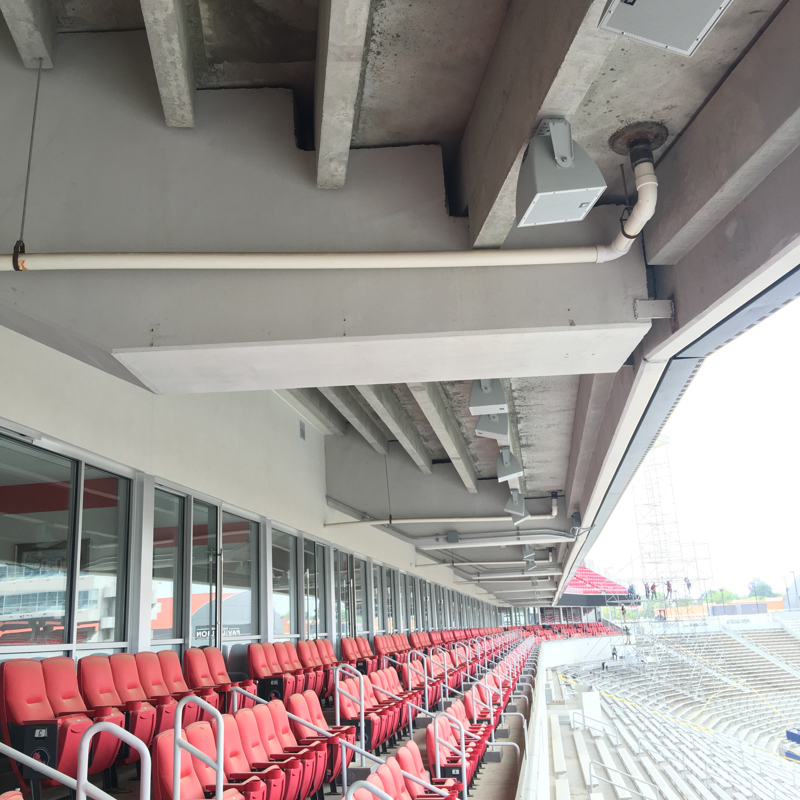 Which system is right for you?

As detailed above, a sound reinforcement system is made up of several components that must work together for optimum performance.  A good working knowledge of the total system can help you optimize the settings for your venue and get the most of your system. The right partner can help you every step of the way, from concept to installation to ongoing support. Check out our website for more information on Daktronics sound solutions.