Daktronics teamed with Heritage Outdoor Media to install one of the largest video billboards outside of Times Square. Hanging on an iconic building on the corner of 5th Avenue and 42nd Street, the sign reaches thousands of New Yorkers every day. People said it couldn’t be done, but after a smooth installation, advertising on the board sold out after just six months. It’s an excellent example of how a building landlord, a sign company and Daktronics worked together to create a huge success.

Categories: Out of Home Advertising 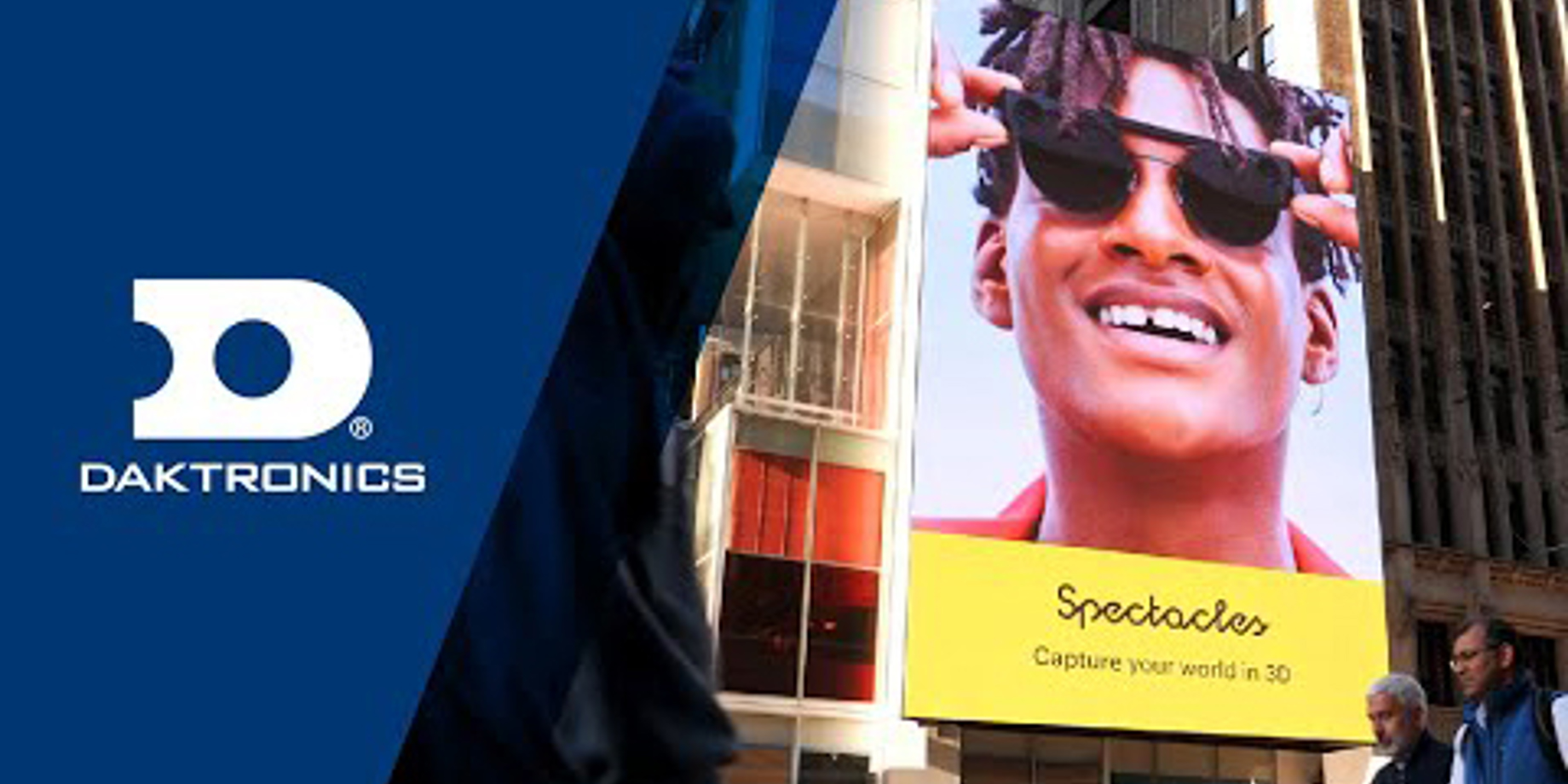 When you think of Times Square in New York, you think of spectacular LED signage. So when James Manfredi, managing partner of Heritage Outdoor Media, started the process of installing a sign just off Times Square, he didn’t hold back.  Now one of the largest video billboards outside of Times Square graces The Cube building in Bryant Park on the corner of 42nd Street and 6th Avenue.

“It’s right on the border of Times Square zoning,” says Manfredi, “and we look at it as a 6th Avenue spectacular that reaches true New Yorkers. When we first started the planning process many people in the signage industry told us we could not achieve our financial and construction goals.”

Manfredi relied on his generational experience and his instinct, and it paid off. After just six months, the board is sold out. Heritage Outdoor launched the billboard with creative from Snapchat in July of 2019. Snapchat advertising ran exclusively for two weeks, which Manfredi said helped get the board noticed, leading to more sales.

This was the first digital billboard Heritage installed, and Manfredi knew he’d go with Daktronics.

“I didn’t even put it out to bid. I went straight to Daktronics,” he says. “I knew I’d get a fair price and a great board. The Daktronics level of support and customer care is top notch. It’s a warm relationship, and the organization stands behind its products. Any time there’s a problem, Daktronics is always there and quick to act.”

The billboard is angled out from the building for better pedestrian viewing from 6th Avenue. The 10mm display is massive at 66 feet tall and 44 feet wide.

Manfredi worked closely with Andrew Joa and Michael McMahon, who represented the landlord of The Cube. He showed them the concept of the video billboard, and both liked it immediately.

“We always envisioned the opportunity of having a sign on our building,” Joa says. “We reviewed proposals from a variety of billboard vendors. We chose Heritage because we liked their background and experience – not just James, but several generations. They are a family-owned business and were highly focused on our property. We struck a fair and balanced deal with them.”

Joa says Heritage and Daktronics also addressed the initial concerns about the operations of the billboard and how it would affect the aesthetic of the adjacent office building. Manfredi says they laid very careful plans to address those concerns.

“The hardest part was building the board without disturbing the business in the building,” says Manfredi. “We put together a work plan for installation, which made it really seamless. 42nd Street is a very busy road and it takes a lot to get permission to build there. Our attention to detail and strategic planning minimized the construction period.

“Daktronics provided the type of technology and service we needed,“ he adds. “We created a cantilevered support structure and installed the face in a week, which was possible because of how the Daktronics board is constructed. Our approach was executed without disruption to the operations of the immediately adjacent restaurant and its kitchen.”

The result? A happy landlord and a profitable digital billboard.

“We are very pleased with the end result,” Joa says. “The sign shows super clean images, and it fits seamlessly with the property. We’re very satisfied with the partners and the end product. The billboard is generating a lot of interest.”