On the clock in Dallas for the NFL Draft

It’s time for the NFL Draft and Daktronics control equipment will once again be used for the three-day event. 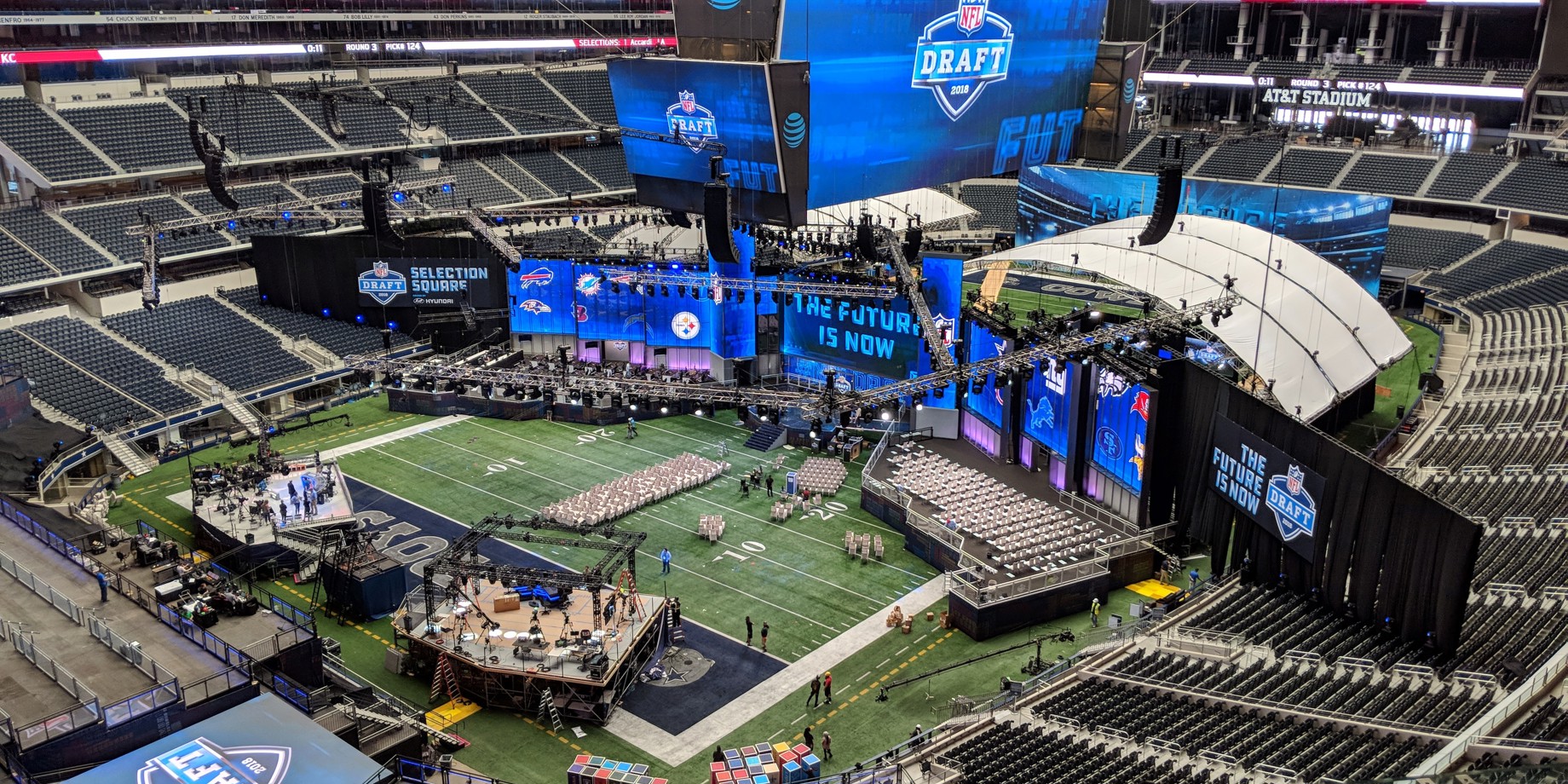 The NFL Draft descends on Dallas, Texas, today as football teams prepare to select their future stars, adding the final pieces to their roster puzzles as they prepare for the 2018 season. Inside the Cowboys’ AT&T Stadium, Daktronics will be on the clock…and the fascia and the centerhung and other displays within the facility.

Dating back to drafts inside Radio City Music Hall, Daktronics has been involved with timing and controlling LED displays for these offseason festivities. This year, the first year the draft has gone to an actual NFL stadium, the company will be providing multiple control systems to run numerous displays throughout the venue.

Daktronics All Sport control consoles will also be keeping the time for each pick in every round of the draft. It will also provide data fields to multiple displays showing the time remaining per pick, the round number and the pick number within each round.

Supplemental information to what is being shared on the draft stage will also be handled by Daktronics. The company’s control systems will be taking a feed from the NFL, deciphering the information into a language the LED displays can read and sending it to various displays throughout the venue. Player information such as name, position, school and new team will go through the control system. This also includes previous pick information and a cumulative tally of picks to a given point within the draft.

Being inside the stadium setting will bring more game-day production into the event. Lucky for the NFL, Daktronics Professional Services is well versed in all aspects of producing live events. This team helped prepare for the draft days and weeks in advance, has technicians on site to ensure a smooth operation and has control equipment capable of doing everything the draft needs and more.

While you’re anxiously waiting for your favorite team to select a player that will bolster the roster and spell the future success of the franchise, keep in mind that Daktronics is behind the scenes helping the entire event come together. So, sit back and enjoy!