Daktronics has installed displays for 34 different colleges and universities, totaling more than 70 displays for 63,085 square feet of LED video. 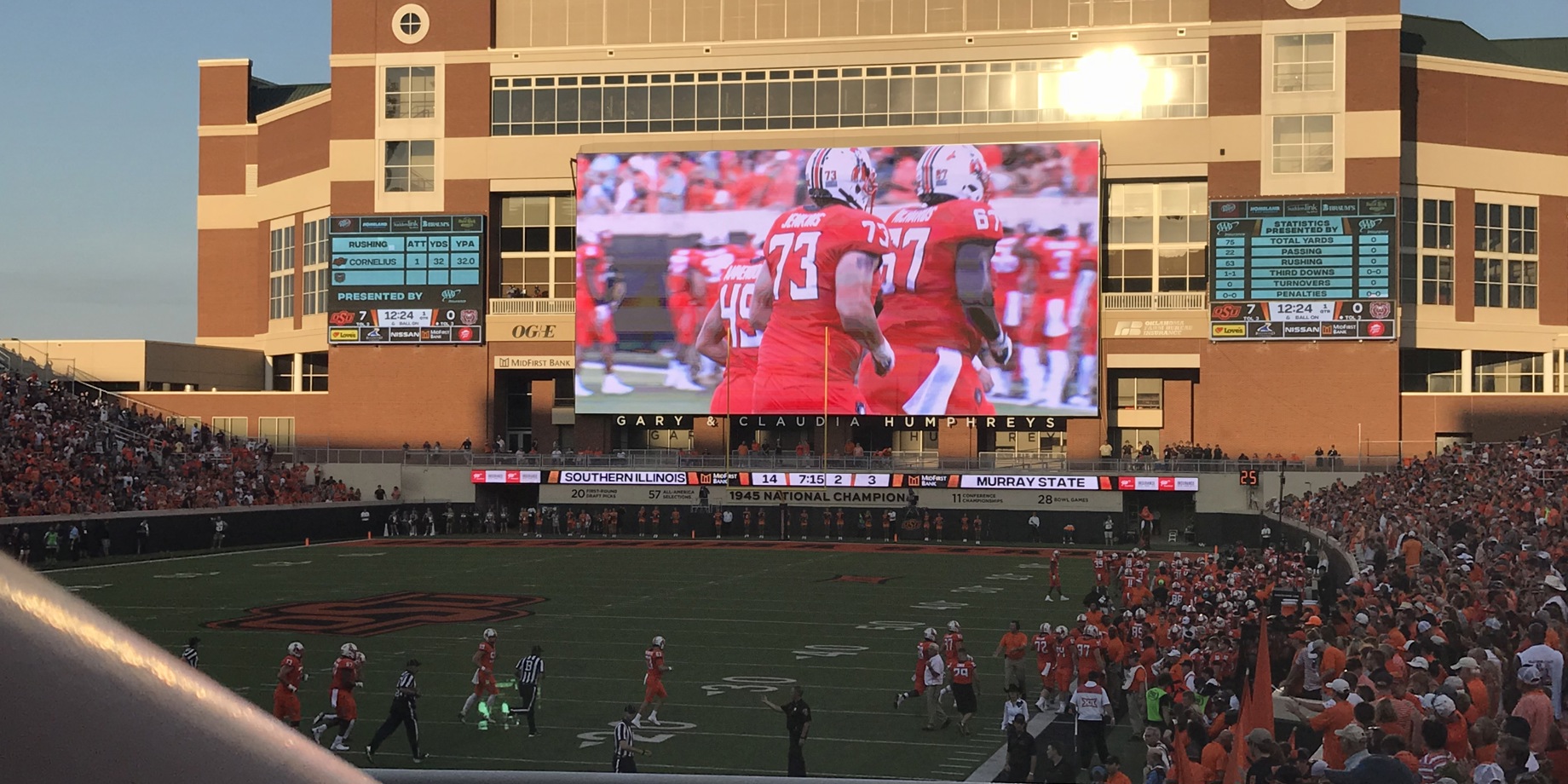 The past two weeks have marked the beginning of something that I’ve been looking forward to all summer, college football! Even though two weekends ago was technically the start of the season, this past weekend featured the most concentration of games among college and universities from all levels. Games started on Thursday, but a large majority of them were played on Saturday.

Daktronics has been working with customers all spring and summer this past year ensuring that any new equipment is up and running for the start of the season from large video boards down to new delay of game clocks. It can be difficult keeping track of all the new equipment we’ve installed this year, but as far as video displays go, we’ve installed displays for 34 different colleges and universities, totaling more than 70 displays for 63,085 square feet of LED video.

Here is a look at some of the new college and university facilities that installed new video displays over this past offseason:

Not all the work done is the physical installation of the equipment over the offseason. Our Professional Services group was also heavily involved over this past weekend, and quite frankly, this past month ensuring that customers know how to use their displays, create content to entertain fans, or even help with the event production that is going on at different colleges on game day.

To help keep track of all the excitement that went on this past weekend, I reached out to some of our sales and services reps that were out in the field during the games to send in some pictures of the new displays in action. We also started a Twitter Moment on our Daktronics account looking to add any tweets that were leading up to the weekend or during the games themselves.

Our sales Rep Glen Marts was able to capture some of these pictures from Troy University’s game: 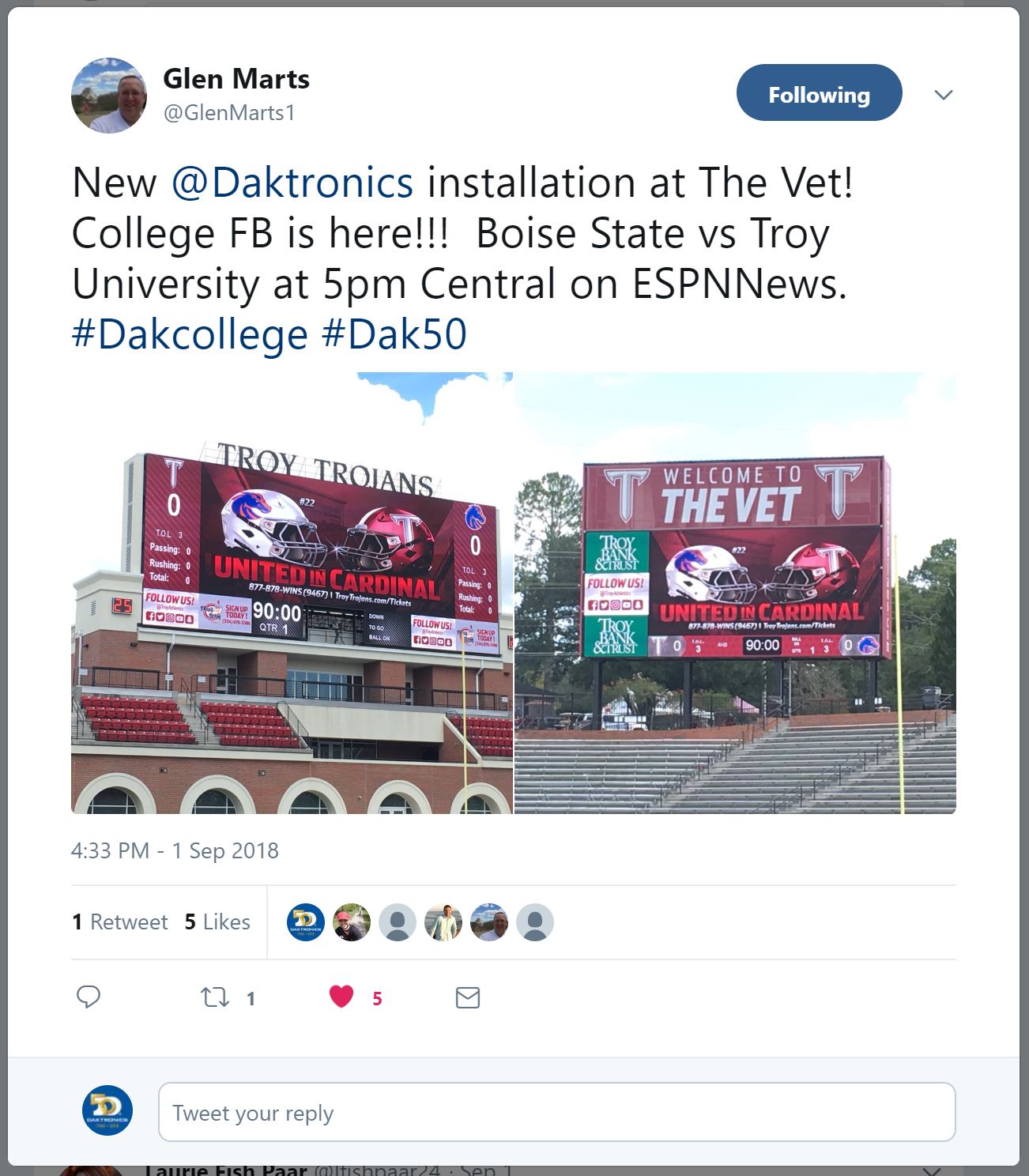 Here is a collection from some of the top Tweets/Pictures that we saw from the weekend: 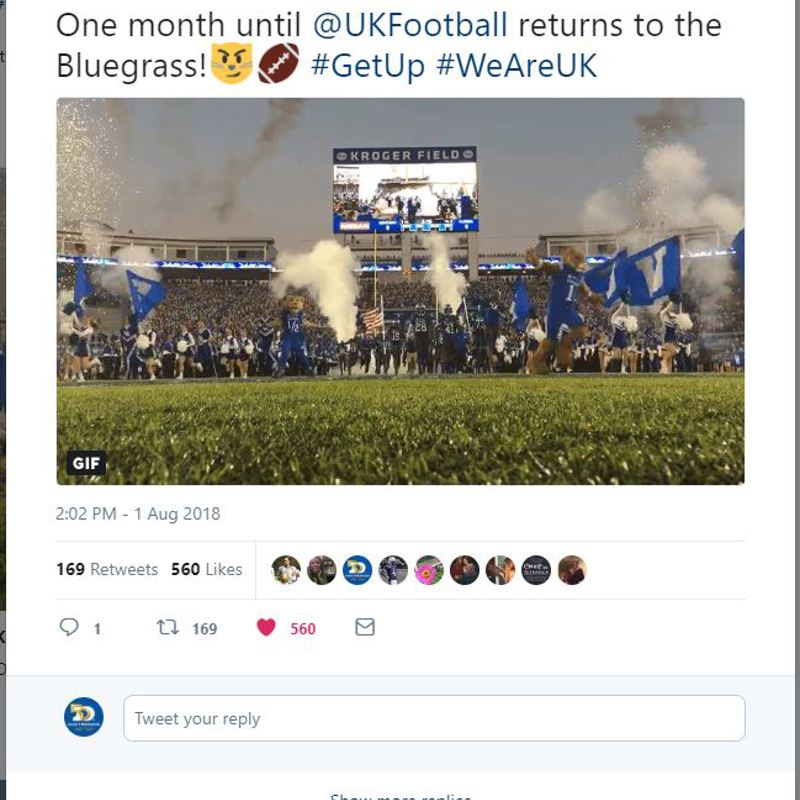 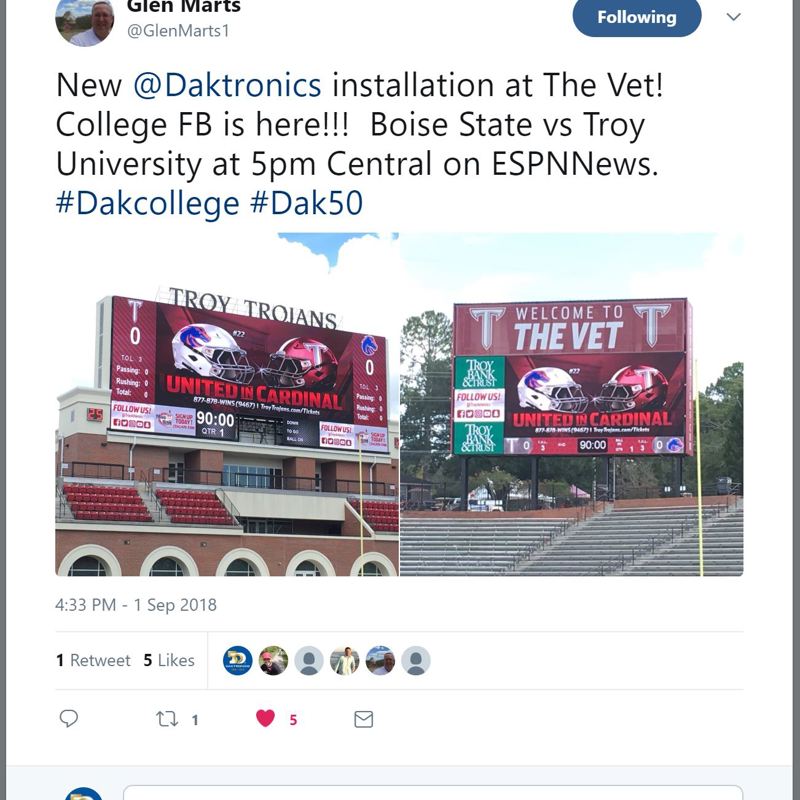 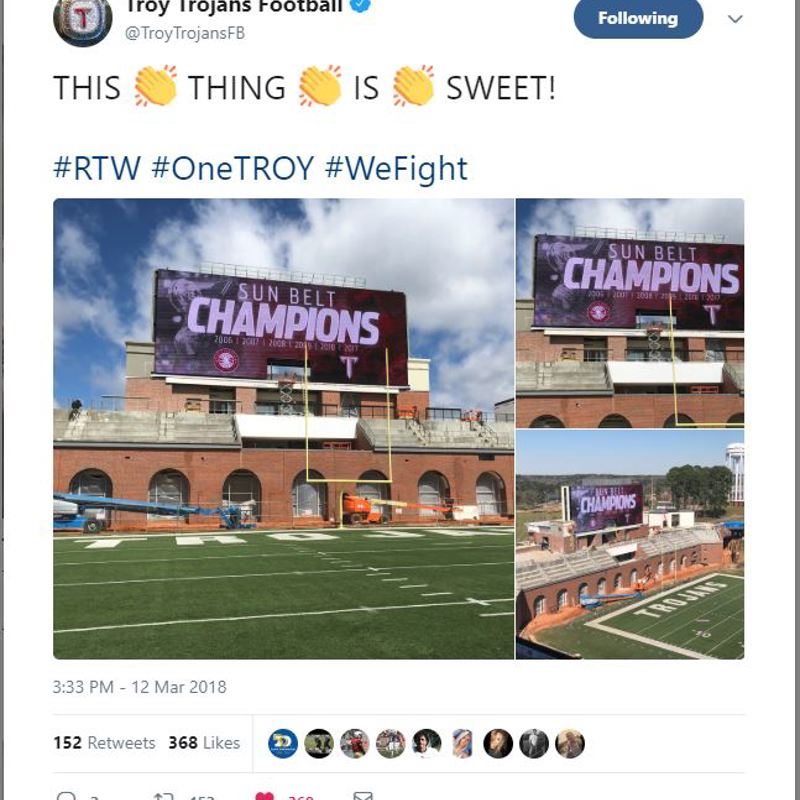 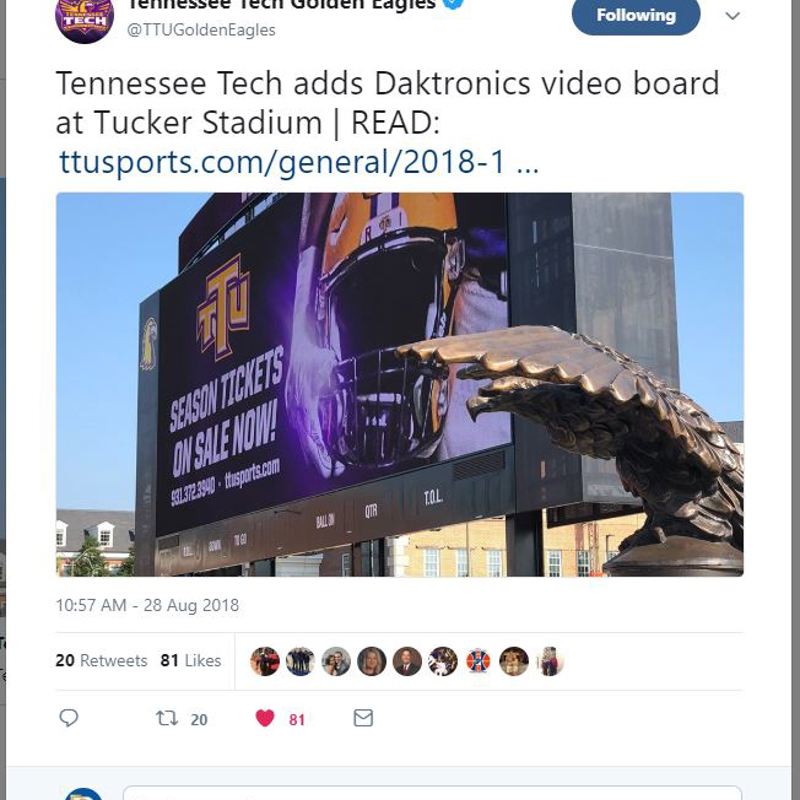 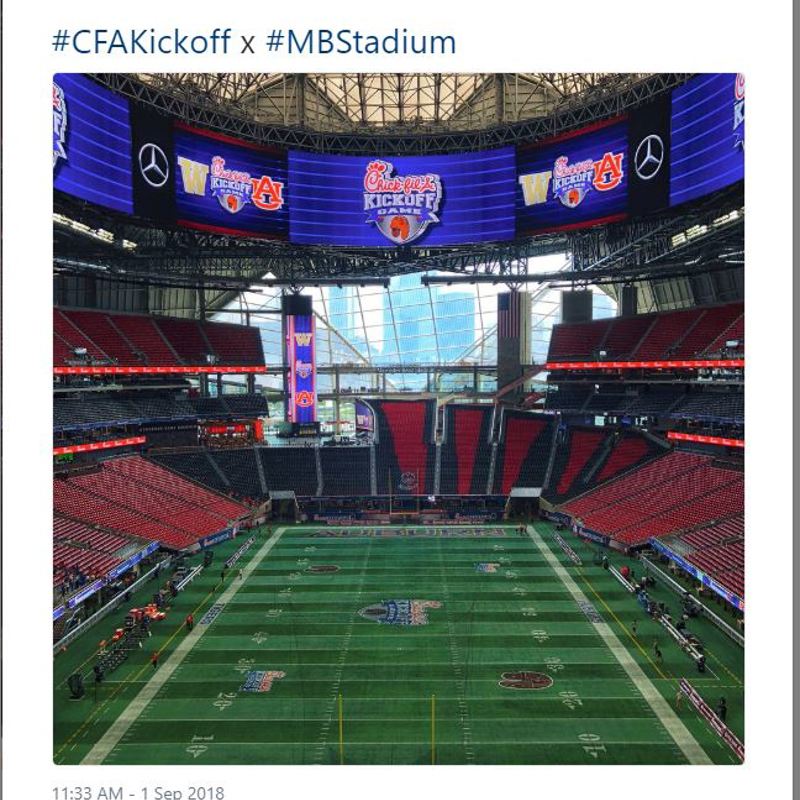 If you have any pictures or see any tweets out there that we missed, please email them to me at Matt.Anderson@daktronics.com and we’ll get them included right away. We always love seeing our products in action and seeing the effects they have on our customers’ fan base.