Daktronics displays have many capabilities, but Oak Creek High School in Oak Creek, Wisc., added a new feature to its display: a personality. 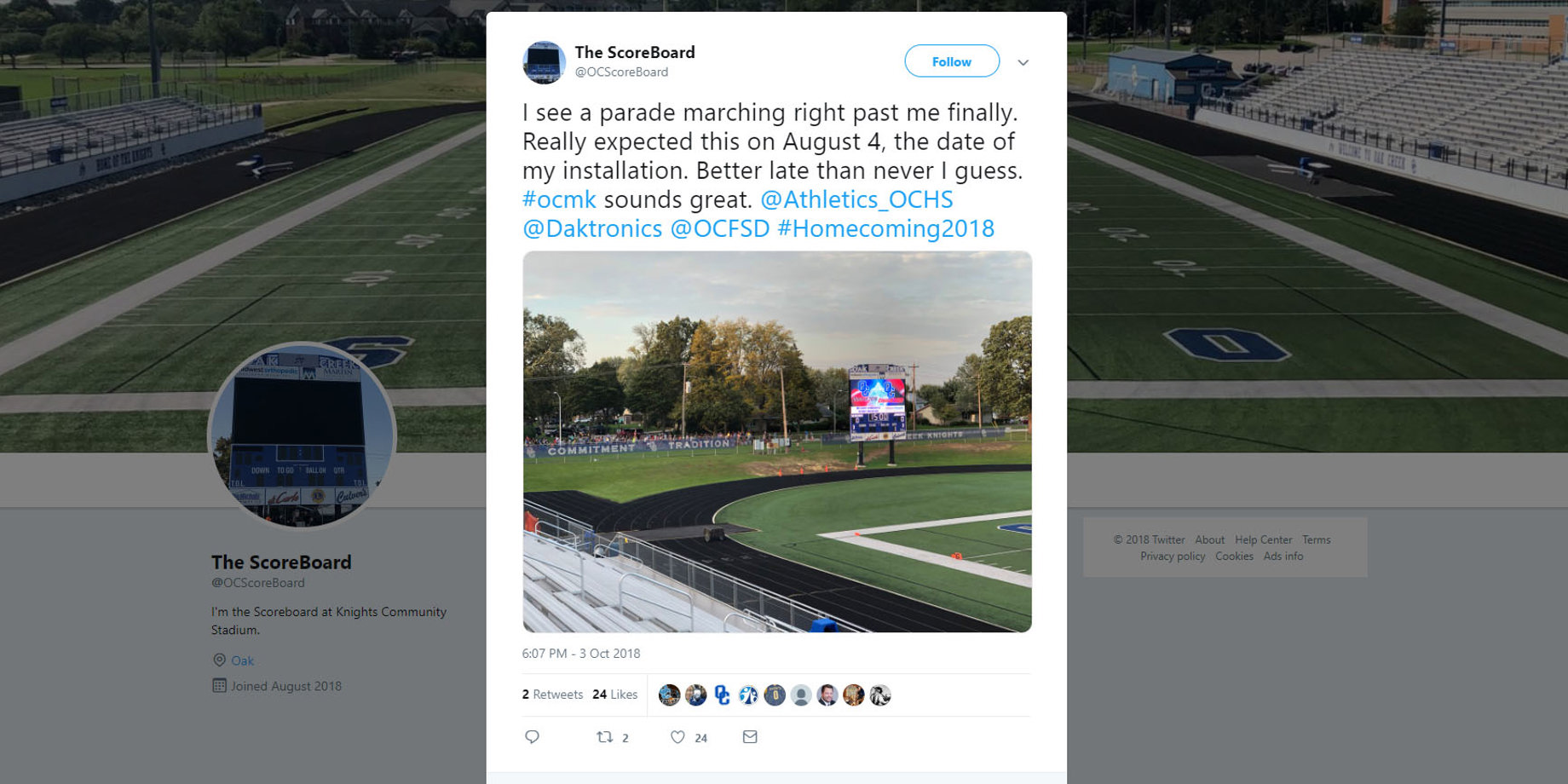 The Twitter account @OCScoreboard gives the high school’s new video displays a voice to promote school spirit and reach the community in new ways. Tom Stock, KnightVision Productions teacher at OCHS, tweets in the first-person perspective of the scoreboard. 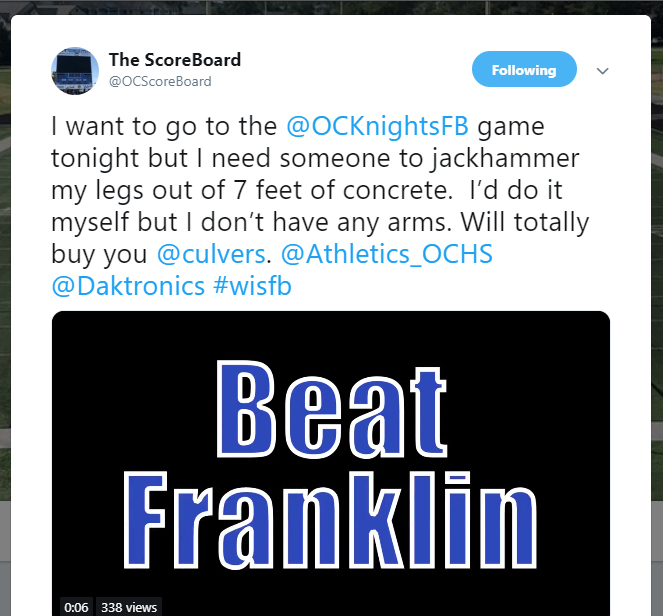 Stock came up with the idea for the Twitter account shortly after the displays were installed in the outdoor stadium and gym in early August.

“I thought it would be funny to treat the board as a living entity with a distinct personality and opinions; lots of opinions,” Stock said.

The account frequently interacts with other social media accounts in the school district, including athletic teams, the student section account and other school groups like the marching band. Most tweets are accompanied by photos, videos or GIFs.

During OCHS homecoming, the display tweeted

I see a parade marching right past me finally. Really expected this on August 4, the date of my installation. Better late than never I guess.

According to Stock, @OCScoreboard uses Twitter to preview new content before events to encourage fans to come to events to see him “perform.”

“Personality-wise, he’s an amalgam of Don Draper and Dwight Schrute, with a little Don Rickles thrown in,” Stock said. 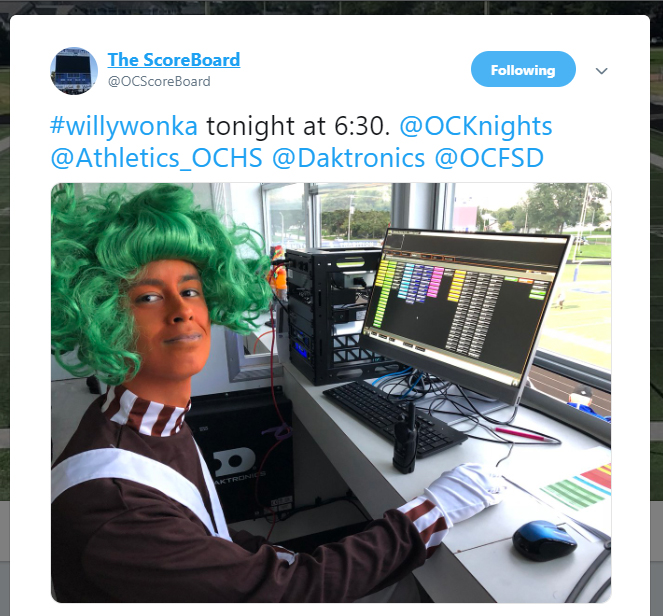 While the account was just created in August, @OCScoreboard already has more than 150 followers and is frequently active on Twitter.

While we are sure @OCScoreboard would have a lot to say in person, he can only communicate through Twitter direct messages. Send him a DM to hear from the sassy scoreboard himself.