Behind the Scenes of Event Production: Q&A with Steve Ackermann

On game-day, maximizing your display by creating an engaging fan experience is vital. That’s where Daktronics event producers come in and take the game-day experience to the next level. 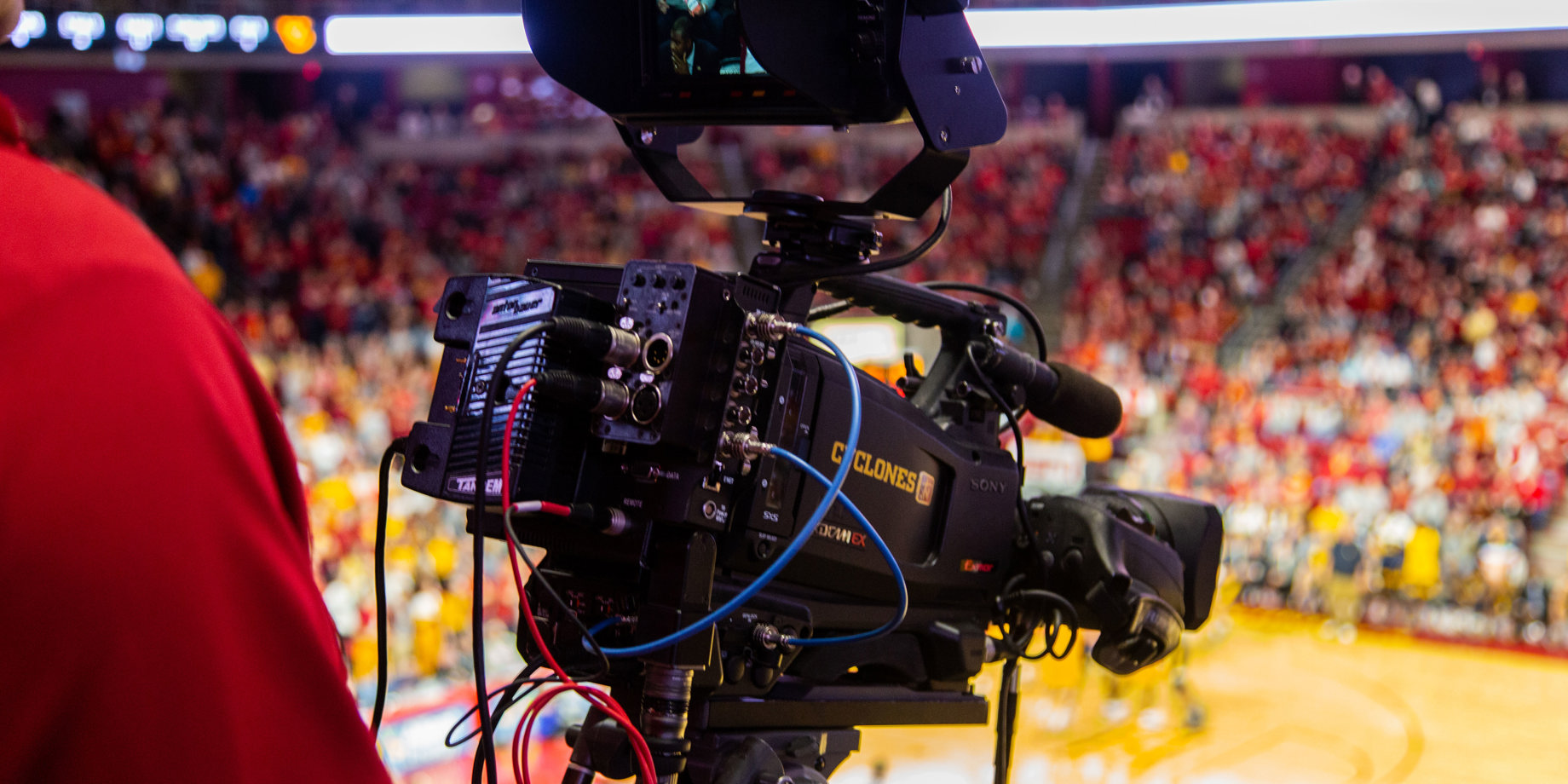 We recently met with Steve Ackermann to discuss his insight into the field of event production and how Daktronics can help teams.

Tell us a bit about yourself and your position with Daktronics.

Currently, I am the supervisor of event producers for Daktronics. I started with Daktronics in 2002. I worked in a Keyframe office in Clearwater, Florida, where I did a lot of animation and content creation. We also helped with event production for the University of Central Florida and the Tampa Bay Buccaneers. I worked out of that office for around two years and then got offered a new opportunity. Pete Egart came to me and said that we are selling new video boards to the University of Wisconsin and as part of that we have a service where we are going to provide an event producer. I knew very little about Wisconsin other than it was up by Canada, but I figured let’s give it a try.

I worked for thirteen seasons at Madison and I loved every minute of it before becoming the supervisor of event producer’s at Daktronics.

How many event producers are there and where are they located?

We have different levels of service. The high-end service is the full-time, on-site event producer, which was my role at the University of Wisconsin. We currently have nine full-time event producers, three of them are at the University of Georgia. The reason we have three at Georgia is that they are not only doing video board production, but they are also overseeing the SEC network and ESPN productions for streaming digital and linear productions. We have an event producer at the Air Force Academy, University of Florida, Iowa State, James Madison, South Dakota State and MetLife Stadium. The producer at MetLife primarily works with the New York Jets and New York Giants, but also with any event they support in that venue. We also have someone at Hofstra University and at the Cotton Bowl in Texas, in part-time positions.

Is there a large upside in having a Daktronics employee on-site?

There is a lot of value that these event producers provide to their universities. Certainly, they know Daktronics systems extremely well. Anytime they have a question they know exactly where to go to find that answer.  In addition to knowing those Daktronics systems, they know third-party equipment very well such as switchers, cameras and replays to name a few. We have a weekly call with all the event producers and talk about what did and didn’t work for them, new ideas and current trends they are seeing. It works much better to talk collectively rather than work individually.

How is staffing set up at each site?

A great value of having that event producer on site is that they handle hiring staff, so the University doesn’t have to worry about it. When hiring students, there is a lot of turnover, at best you get them for around four years. There are many positions when you factor in all the video boards, SEC network digital and linear and all sports that they cover. At the University of Georgia, it is almost 200 positions. They do all the interviewing, hiring and finding replacements for when people call in sick. The feedback we have received from customers is that they admire not having to worry about staffing.

What is the most exciting part for you of an event production?

Now that I am in the supervisor role, I love being in the control room seeing the pace and vibe of gameday. Getting 80,000 fans to either cheer or boo is great. When you’re responsible for doing that whether it is through a feature, a replay, a crowd shot or however you are telling that story.

Can you name one of your favorite moments from being an event producer?

We were playing Michigan and they had just taken the lead by three with about two seconds left. Our crew was deflated and so was the arena, they all were thinking that we just lost. However, I told the replay crew to be ready because I could feel that our team was going to hit a shot and win the game. Sure enough, we inbound the ball and Ben Brush hits a half-court shot to tie the game and go into overtime and we eventually won the game. The arena was going crazy. The crew asked, “How did you know we were going to make that Steve?” and I said that I didn’t know but just wanted everyone to be ready just in case.

How can one find out more about event production or consultation options?